Having completed our fifth successful online project for a professional association /society,  we now have a mature understanding of the need of associations whether they be early stage or well established and can offer an integrated online package custom tailored to individual association processes that deliver huge back-office administration efficiency.

Here is what we can deliver:-

If you are responsible for the efficient running of your society or association and are using EXCEL spreadsheets or legacy PC bound database systems to manage your membership , or if you are still processing renewals manually by cheque. please give us a call.  We can really help remove the major admin overheads, reduce significantly operating costs and free up resources that could be used to drive membership.

Please call Active Online on 01 8666116 and ask to speak to Jeremiah. After a quick about your Association and issues to be addresses I will respond with a detailed proposal tailored to your needs.


Due to popular demand  MYOT.IE is back online.

MYOT.IE is a mini weight tracking web application designed for fans of RTE's popular Operation Transformation TV program.. This little web app was designed specifically for users in a mobile context. i.e. while it can be access using a desktop PC it was optimised and designed to be used by users who have smartphones.

(The first episode aired on Tuesday last, RTE1 @ 8:00pm ... and will run weekly until the end of February. For more information on Operation Transformation got to the RTE website at www.rte.ie/ot


To read more on mobile web design or mobile web apps visit us at www.activeonline.ie

MYOT.IE has been reconfigured to allow it to be used beyond the TV program end. Users can now re-register and start a new 40 day program using all the exercise programms and recipies broadcast for OPTRAN earlier this year

What are you waiting for?....
get your mobile out and goto WWW.MYOT.IE and get your new fitness programme underway

One for the Diary

The Google Ireland  search service (Google.ie) has been down for a few hours now.
As we were investigating DNS issues on a client's project domain a few hours ago (14:00hrs BST) we also ran Whois and Dig lookups on google.ie and it reported that the nameservers were ns(x).farahatz.net rather than the expected ns(x).google.com.  It appears that the nameserver information for google.ie at the IE Domain registry was altered "inadvertantly"

Whois on farahatx.net reports registration to someone in Jakarta, Indonesia.

CAUSE: it's not a DNS hack as the IEDR DNS service seems fully functional, I suppose if one was dramatic one could refer to it as a "Hijack", but more likely to be either an unauthorized change by an employee or an or agent (IEDR/Google/eMarkmonitor Inc), or some third party guessed, found, discovered the IEDR control panel access to the domain and made a mischievous change.

Online Sales Calls will have dramatically dropped off during the outage period for those websites that rank on page one of google.ie for searches relating to their product or service. As Google.ie is a local search service, search resilts are biaed to show local websites, (i.e. websites with Irish IP addresses).

Interestingly while some loss of revenue may be experienced by Irish websites it will have probably lead to an increase in click revenue to Google as people (using google.com) only see relevant search results in the advertisement area.

Nominations closed on the 5th September last and the organizers, sponsors and judges are beavering away to short list all nominations. The event itself takes place this year in the Mansion house Dublin on 1st November and looks like it will be the Web Event of the year for those connected to the industry. 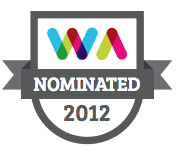 Active Online has a number of client projects on the nomination lists in a number of award categories and we hope to be short listed for the Web Design Agency 2012 award.


More information and updates in the Web Awards 2012 can be found here http://webawards.ie
No comments:

Website development requirements from our customers has progressed far beyond the requirements of simple online marketing for most businesses.  A large part of our development remit now extends to the design, development and integration of  business and administration process applications into a clients website (under the hood). Typical applications include, automated event booking and online ticketing; online trade catalogues and shopping carts, membership management applications and accounting system integration. Typically targeting the automation of front and back-office processes giving the business big gains in efficiency, access to information and  routes to development of fully integrated client self-management systems

How can you leverage back-office efficency in this way?

Whether you feel you need a new website or not, you would invite us to meet with you so that you can share with us where your administrative overheads are. We then can make obvious business cases where quick wins can be made and provide you with a path to future business process integration to align with your budget and business development needs.

Google’s instant messaging service, popularly known as GTalk (Google Talk, or GChat) has been restored after suffering what seem like a massive worldwide service disruption  lasting over four hours yesterday (Thursday 26th July 2012)
A big cheer went up across the office, staff mood index jumped 30 percentage points and productivity peaked for the rest of the day. (The backup trial of skype service was abandoned pretty quickly once Gtalk had restored service).
According to Google, the GTALK service resumed at 4.25 pm (BST). However, no news on the cause nor how widespread the impact. 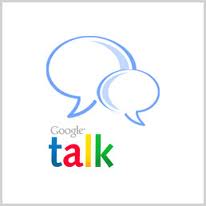 Its not until a free web service that you use goes down that you realize how integrated it had become within your work processes and that of your organisation. Active Online is an early adopter of new technologies and we tend to become evangelical about those that provide efficiencies, improve productivity and work practices.

GTalk  (Google Talk or Google Chat) is one such free service that we use every minute of every day to quickly send  files, links, updates, work-orders, change requests, , company alerts, news and gossip within the office and more importantly how we link effectively with remote workers, collaborators and clients during project development.

So with the recent GTalk outage, productivity was definitely impacted and individually the impact seemed to cause real emotional disturbance to individuals something akin to the type of pain and inconvenience (and isolation) of loosing one's smartphone during an emergency situation.  Some semblance of normality was restored by the emergency installation of Skype services, however productivity remained below average and moods affected....

"We are proud of all our work, however from time to time, where client budgets allow, we are encouraged to push the envelope and deliver above the stated requirements. These projects are worth an extra mention and include:-"